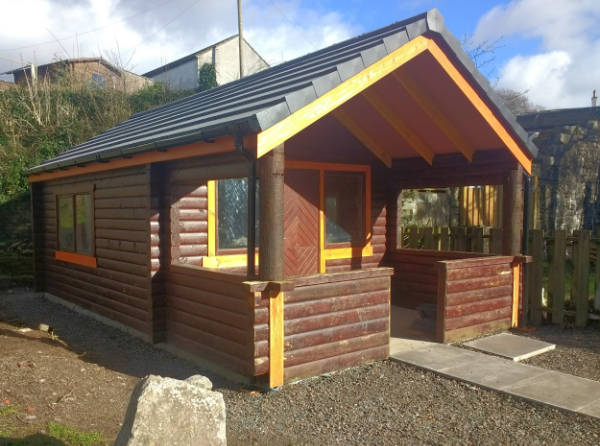 Since the first Men’s Shed was set up in 1996, the concept and interest in them has grown remarkably, particularly in the last few years. Since the opening of the initial shed in Barrhead in East Renfrewshire, there are now 78 in operation and 47 in development.  Men’s Sheds are similar to garden sheds – a place to pursue practical interests at leisure, to practise skills and enjoy making and mending.

Each shed will reflect the interest of those that use them. Some will have lots of equipment for woodworking and joinery, others will have workbenches where other activities or repairs are taking place. Some may have a purpose built shed and others use a local hall or vacant shop. The big things that happen in a Men’s Shed is that friendships form and people can chat and have fun! They are open to all ages and are very welcoming.

About two years ago, following the offer of using a garden shed as a meeting place for men in Gatehouse, the basis for a Men’s Shed was laid. Shortly thereafter, the redundant information point, The Murray Centre, situated in the Cally Woods, was offered by the Forestry Commission to anyone who could make use of it. It would however need to be moved from the wood to a suitable location.

This offer was considered by those interested in developing the Men’s Shed concept. A possible site was available at the Mill on the Fleet, just adjacent to the old water wheel. After much discussion and negotiation, the cabin was dismantled and transferred to the Mill.  The site was prepared, the foundations laid, and the old Murray Information Centre is now rebuilt as the Gatehouse Men’s Shed.