Gatehouse Horticultural Society held its annual show on Saturday 31st August. It was held, as usual in the Community Centre and proved to be a very successful day, which was surprising after the wild weather the previous two days. It was great to see more new residents entering the many different classes available to them (some even winning prizes), along with the usual exhibitors who come along and make a great effort every year. The show seems to be a great opportunity for all ages to catch up with folk they haven’t seen for a while, and to have a chat and laugh while walking around and admiring the many exhibits on display.

There were some excellent exhibits in the kids classes and as always great to see Gatehouse Primary School getting involved, and the local Beaver Group taking part for the first time this year. Overall there was plenty to see and entertain the crowds who turned up for the trophy and prize giving, and the sun was kind to us and made an appearance.

Joe Proudlock, the society’s President, introduced Margaret Wright who kindly opened the show, offering some amusing stories from her showing days, she then presented the trophies and prizes to the many winners.

Thanks go to Margaret Wright, the Judges, members of the committee and all the other people who helped out, who again made the show the success it was.

For more photos and details about the show see the Gatehouse Horticultural Society Facebook Page. 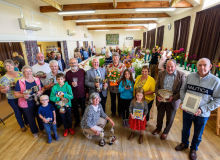 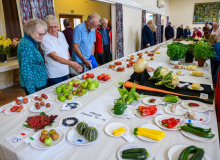 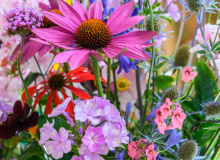 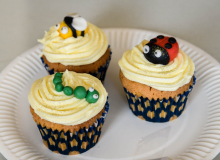 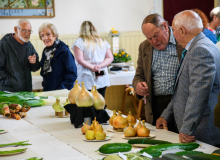 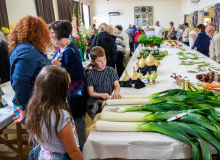 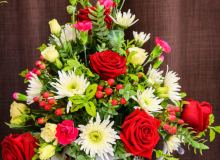 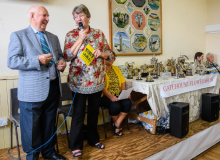 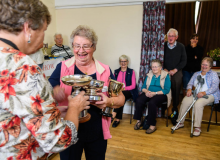 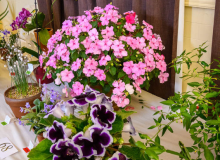 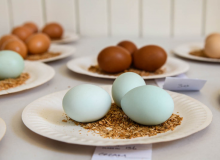 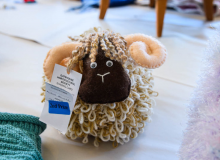 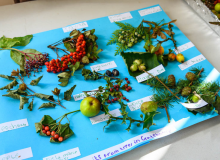 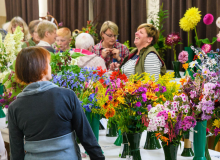 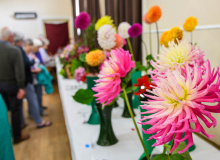 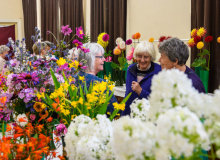