Dyking competition to be held at Drummuckloch Gatehouse 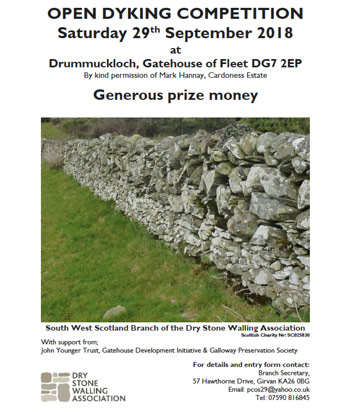 A dyking competition is to be held at Drummuckloch to mark the 50th anniversary of the founding in Gatehouse of the Dry Stone Walling Association of Great Britain.  Thirty years earlier Colonel Rainsford-Hannay of Cardoness, concerned at the decline in the number of dykers had established the Stewartry of Kirkcudbright Drystane Dyking Committee.  It was this organisation which grew into the national body in 1965.